@corsairs_legacy
Articles — Sea Dogs. History of the legendary pirate game franchise
Sea Dogs: To Each His Own archipelago map. Mod on the island water borders This article focuses on two topics.

Yes, the cheapest map in Sea Dogs: To Each His Own can be obtained at the beginning of the game, but only in a certain fork of a certain side quest. Moreover, the prologue in Martinique can be skipped altogether. Therefore, it's definitely worth talking about.

Second: a mod that shows the boundaries of the waters of the islands of the Sea Dogs: To Each His Own, and now it will come in handy even for experienced players.

Why is this mod needed? Firstly, it makes it dozens of times easier to complete the “Regatta” quest and the “Flying the Jolly Roger” DLC — you don’t have to guess where exactly you need to go to the global map, overcoming distances on the local one. Secondly, the search for islands that are not displayed on the map in the Sea Dogs will become much easier. 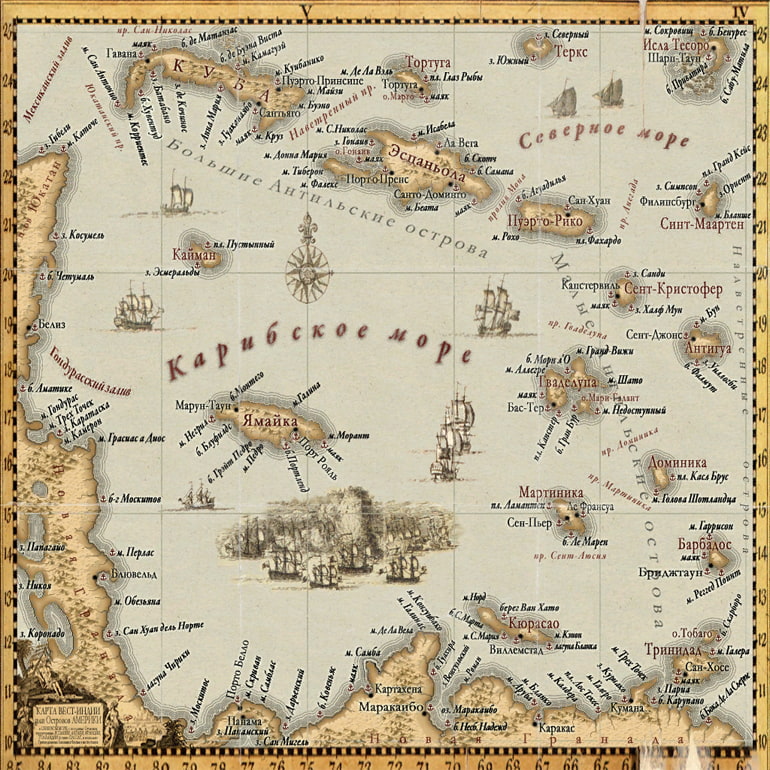 Sea Dogs game series. Sea Dogs To Each His Own archipelago map

Islands map of Sea Dogs: To Each His Own and regions of the mainland with all the roads and forks in the game, as well as price tables in stores and some secrets can be viewed on our website.

The mod for the borders of the waters of the islands in the Sea Dogs can be found on playground.ru. Here is a direct link.