Hello everyone, the work is well underway. Thank you for your support on the previous video with 33 answers to audience questions. Soon, we plan to make another video where we answer your questions. So, write down in the comments on the new YouTube video what you would like to know about – we will try our best to answer every question.

Today we will tell you about developing characters. At the outset of the game development, we found and bought sets of thematic characters that would fit the game well. This approach allows to speed up the development and reduce expenses for the game. Having 32 different models in the same style, we considered the issue with characters closed. However, while writing the game script, it became clear that we don’t have enough characters to represent all the main heroes and people on the island in the future game.

We standardized all models to be able to use the same animations for every character and then we started to look into creating new models. We also looked into 3D scanning real people in costumes as an alternative to modeled characters. In the process of exploring options for implementing the technology for customization, we started creating our first characters. 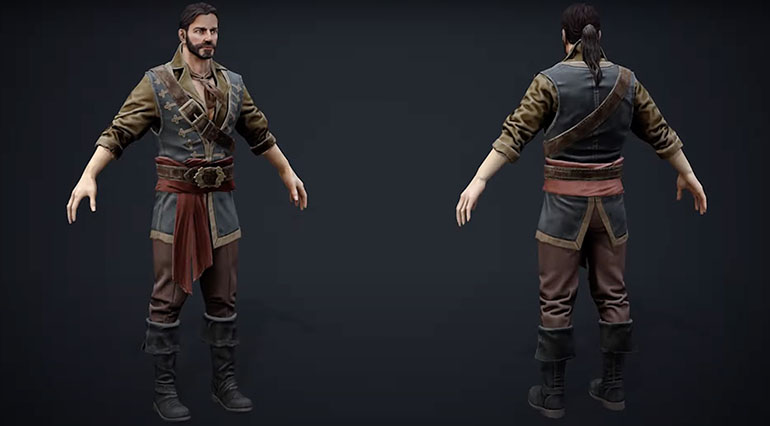 The more experience we gained, the more we started to spot things that could be improved in bought characters, especially in the model of the main hero that you’ve seen in all previous videos. But before we started working on the main hero, we decided to make models for British soldiers. In the vastness of digital markets with 3D models, we managed to find only this model. It has a very low level of detail and doesn’t fit the style of the rest of the characters.

In order to fully keep historical authenticity, we studied how soldier uniforms had changed in the 17-18 centuries and started with depictions of soldiers in 1690, which is when the game events take place. Our historical adviser emphasized that back then soldiers didn’t have facial hair, so we took this fact into account in the development. As a result, we created 10 different faces that are historically accurate and allow us to avoid showing multiple soldiers with the same face on a screen. 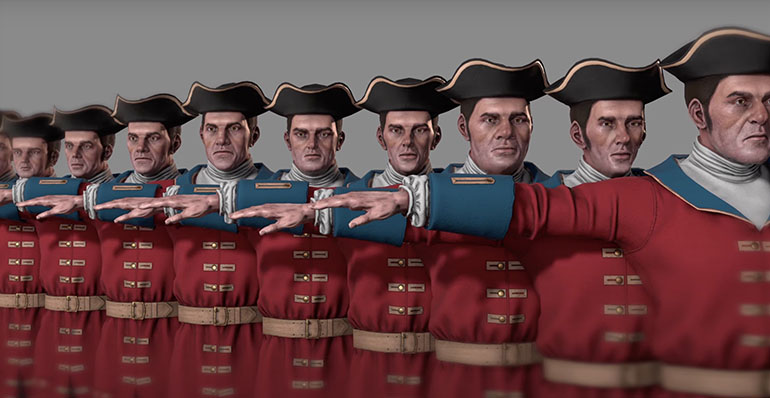 We are considering making models with facial hair for officers to differentiate them from soldiers not only by the quality of the blade but also by their appearance, therefore emphasizing their higher status.

Now the game has the first musket that you could see on soldiers or smugglers during their watch.

For the main character, we decided to use a more technological solution and implemented the ability to change clothes right away. We don’t plan to use that mechanic as a component of the gameplay in the first part of Corsairs Legacy, however, we want to establish a necessary level of engineering in order to eventually implement this mechanic as part of the gameplay.