Hello everyone. We’re actively working on Corsairs Legacy, we continue, step by step, to finish logical modules of the game and to share info with our audience.

To avoid such problems, we use the devlog, in which we try to carefully work on blocks of the product. We pay attention to certain parts of the game, examine the problem, make some decisions and move on, without hesitation or desire to remake everything from scratch. Devlog encourages us to structure questions about certain aspects in the game faster and to show the audience final decisions that made it to the game. After all, from the perspective of a player, the next video will come out “just” in 2 weeks, but from the perspective of a developer it’s a really short period of time. Later we plan to start working on the new promo video and, most likely, we’ll reduce the frequency of devlog videos, but we’ll talk about that next time. 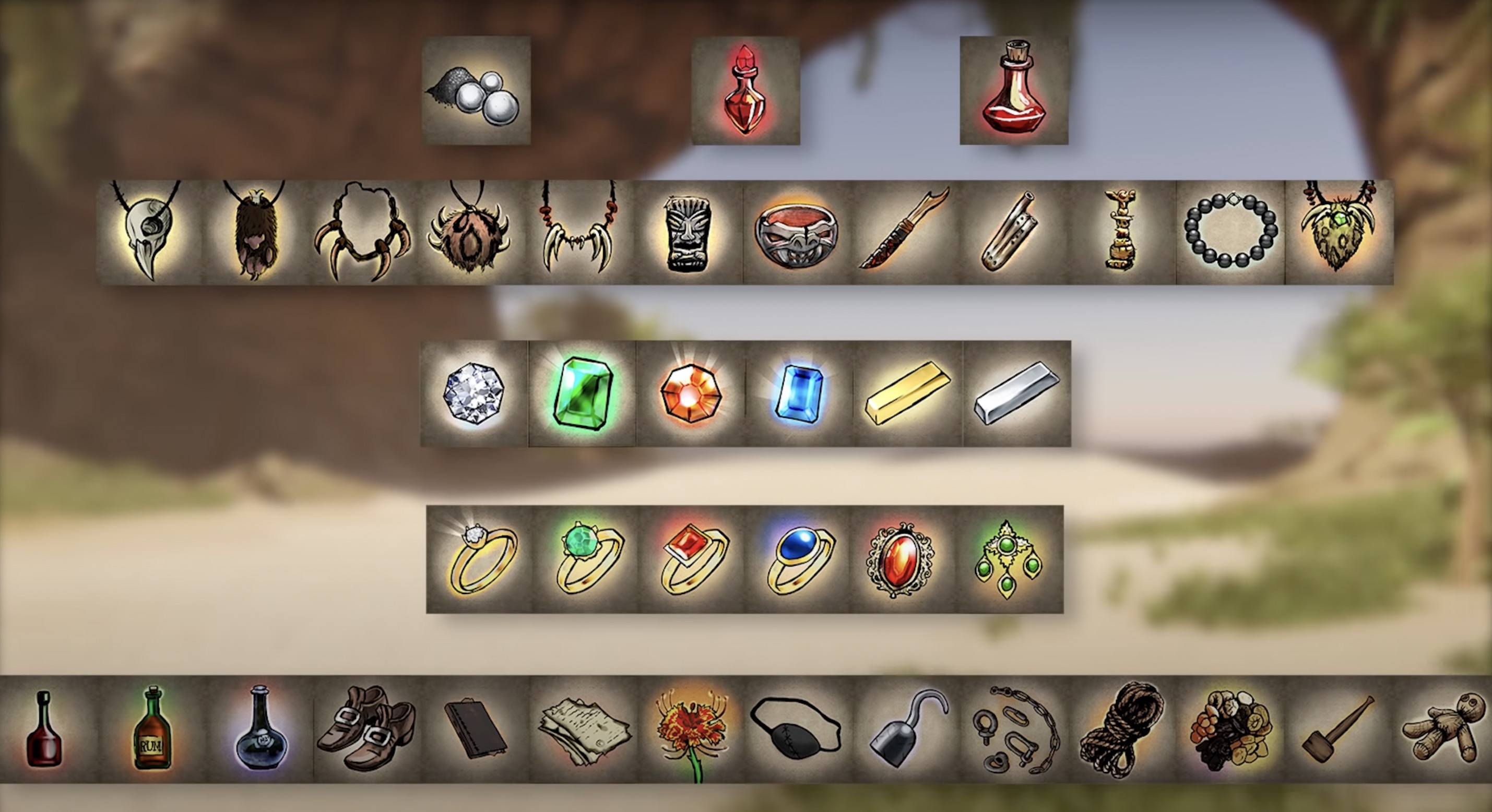 Today we’ll tell you about the economy in the game. We’ll demonstrate a buy-sell interface, talk about items in the game and show you what they look like.

We tried our best to keep credibility between in-game item prices and real item prices. For that we had to study a lot of historical sources, which allowed us to fully understand the prices of that time.

First, we’ll tell you about the groups of items in the game. Weapons will be represented by cold weapons and pistols. We’ll talk about weapons in more detail in another video. Also, there will be consumable items in the game, such as gunpowder, ammo, potions and elixirs. There will also be charms, gems, jewelry and household items.

Before we started to work on pricing, we had to figure out game currency. 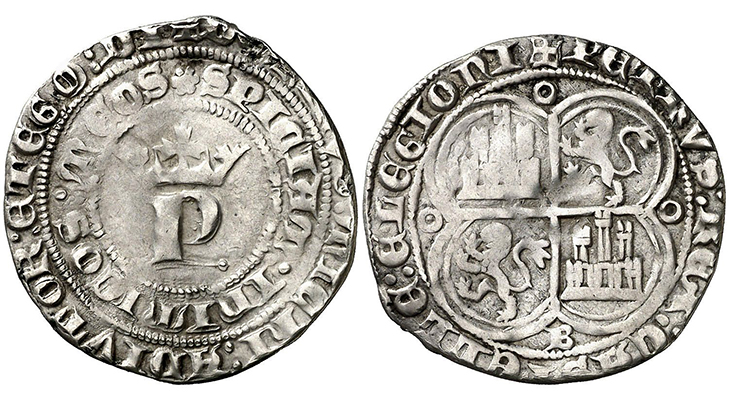 One of the primary coins of that time was Spanish peso, similarly to piastre, containing metal, their fineness and weight was the same. Basically, piastre is an Italian name for Spanish peso that has become common in Europe. To calculate the price of precious metals, it’s important to know the characteristics of a coin. Spanish peso is a silver coin weighing about 26-27 g, with fineness from 900 to 999. Weight of the coins won’t matter in the game, because a large amount would weigh more than the backpack’s capacity. By the way, in case the backpack becomes overloaded, the player loses the ability to run.

There was another currency in Spain at that time. Gold real, that was commonly known as escudo, was equal to 2 pesos, weighing 3,38 g, with a fineness of 917. We used this information to calculate the price of one gram of gold.

Now, while calculating the price of a gold bar with weight of X pounds (we use pounds as unit of measurement), we use the information above. 1 pound = 453,592 g, hence 1 pound of gold can be bought for 292,64 pesos. We can round it to 300 for convenience.

Also, at that time in Spain, there were a lot of variations of doubloons. To avoid confusion and redundant currency, we removed them from the game.

We calculated the price of a pound of silver according to the available data, and it is about 18 pesos.

There will be 4 the most famous gemstones in the game: 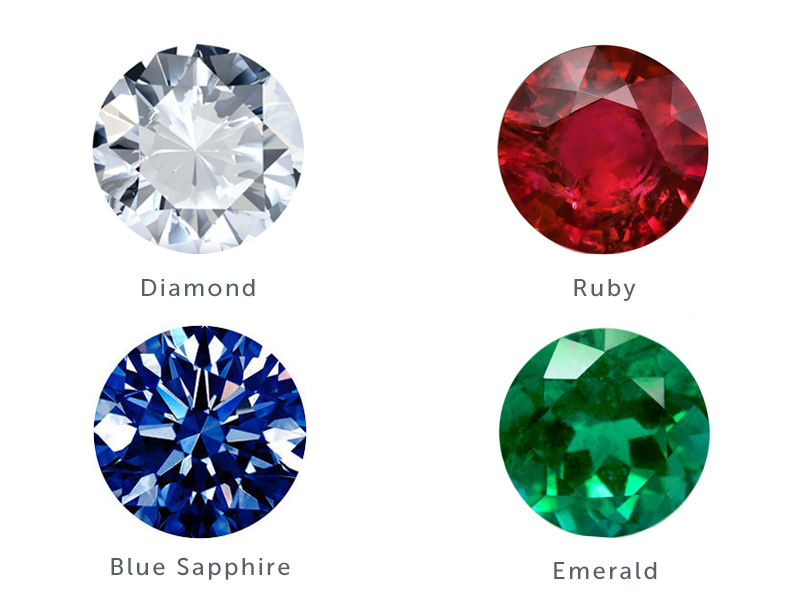 A player will encounter them most commonly in trading, that’s why we’ll only be looking at processed gemstones in the game. To calculate the price for each gemstone, we studied several historical sources, but to avoid unnecessary numbers in this video, here is a diagram with approximate price ratio: 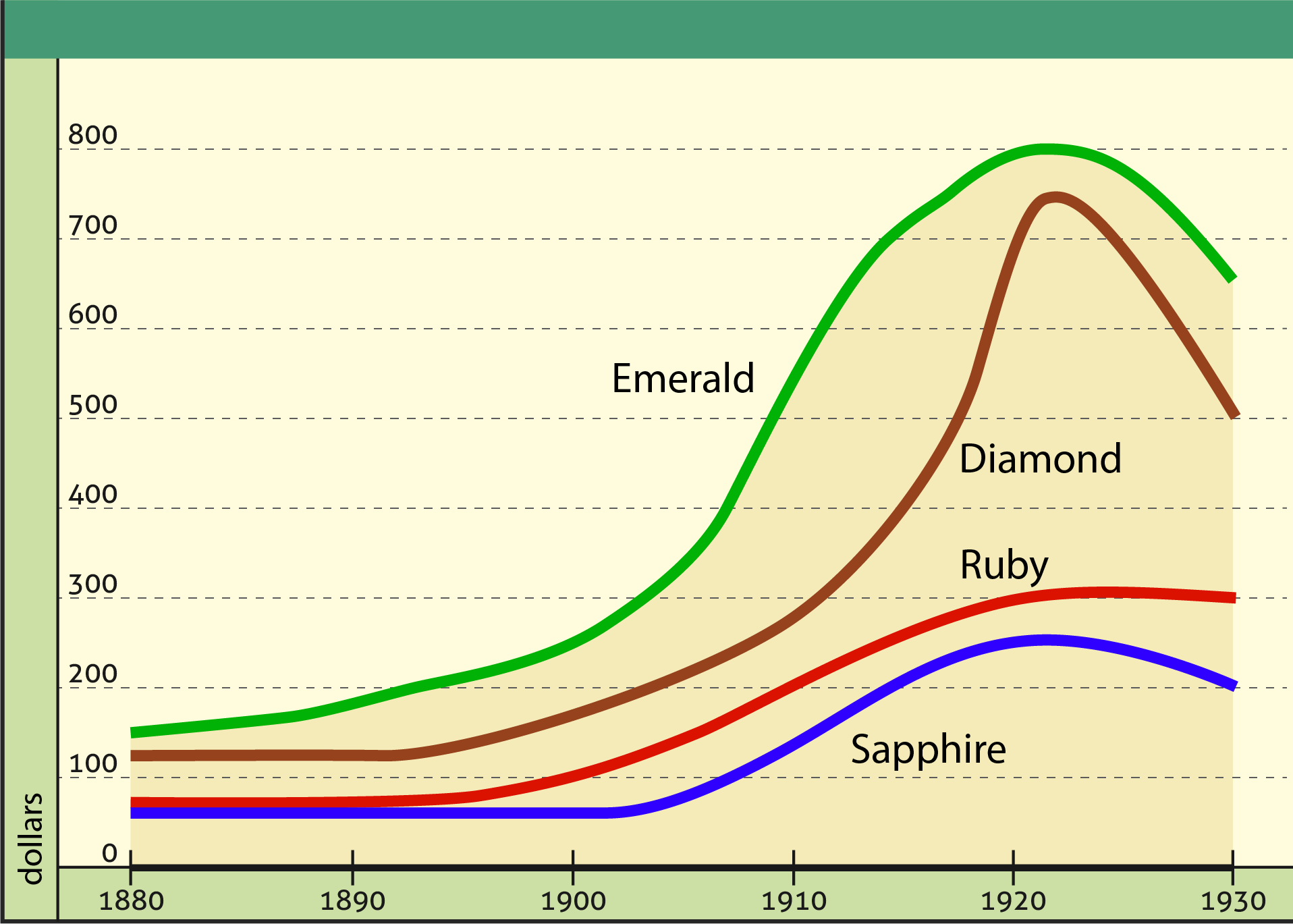 To compile a list of prices for categories of household items and common jewelry, we had to figure out what could be bought for 1 Spanish peso in the late 17th century.

An average worker was earning 2 pesos per day on average. That money could be used to buy, for example, two swords. To increase interest and game motivation, we decided to increase prices for main items.

So, the cheapest items cost 1 peso.

A simple sword in the game can be bought for 20 pesos.

We didn’t find enough reliable information to calculate the price of a noble sword, so we had to use all available data that we had.

Using historical data about the price ratio for noble horses and peasant draught horses, and after applying our coefficient to sword price, we calculated the price of a sword forged for a nobleman – 5000 pesos.