Corsairs Legacy Devlog №15: When Will the Game Be Released? Hello, everyone who loves games about pirates. In April, we announced Corsairs Legacy and the strategy of three independent games, where each successive game should include the features of previous ones. We stated that our budget is limited, our team is small, and once in two weeks, we will be informing the audience about the development progress on the game’s official Russian-language YouTube channel. You might have noticed that English-language videos come out much later than the Russian-language ones. The thing is, we’re spending extra time translating scripts from Russian to English, doing a voice-over, and montage. We try our best to release videos as quickly as possible and keep our English-speaking audience updated, without delay. That’s why we release one video per week on our English-language channel!

In the past 6 months that you’ve spent with us, we tried to meet your expectations and have been publishing videos about the development progress.

During this time, developers of another two games about pirates joined the Corsairs Legacy team.

Expanding our team and increasing the project’s budget allowed us to reach the next level of development, spending more time on the game’s details, to create a better product as a result. 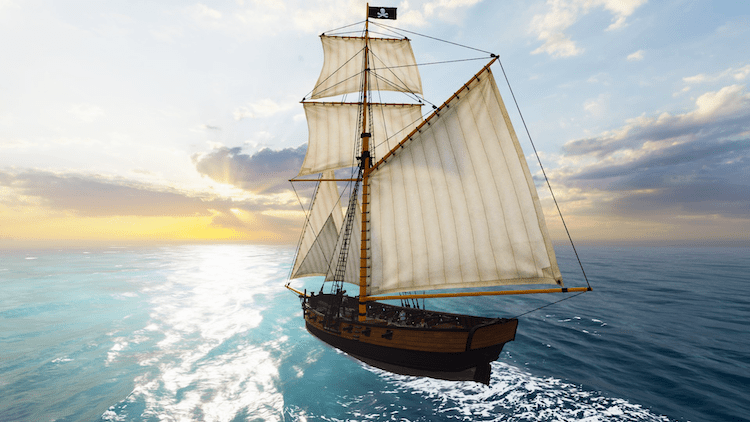 The current state of the project doesn’t allow us to make a quality release this year, and, most likely, the last 20% of the work on the land mode might take much longer than the first 80%. And we’ll have to spend a long time bringing the game to the final state. At the same time, in order to keep up with the planned schedule, we started developing the sailing mode in parallel.

To date, a team of 15 people is working on Corsairs Legacy, and inside the team, we formed a separate branch that is responsible for developing the sailboat simulator. We started modeling our ships and we plan to demonstrate a high-tech game about sailboats, made with the use of real ships blueprints.

Due to the changes related to the need of finalizing the land part to satisfy new requirements, we realized that it makes sense to combine releases of the first two games and give players a quality product with land and sea gameplay right away.

We’ll tell you about the sailboat simulator in a separate devlog. 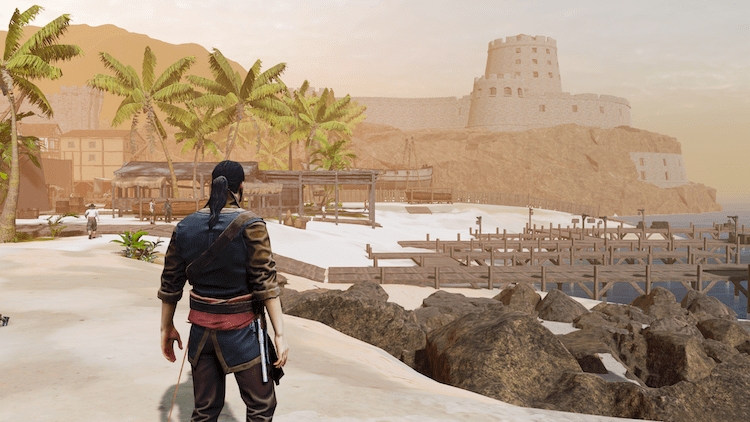 We actively continue developing the game and we’ll be regularly informing you about the development progress in devlogs on our YouTube channel. Also, we’re announcing the updated plan of releases, according to which the first and second games will be released together in 2022.

In the near future, we’ll show you a gameplay trailer of the game.

Also, before the release, we plan to launch beta testing of the game, but we’ll tell you more about that in early 2022.