This devlog is made possible by your feedback under the Corsairs Legacy videos on our YouTube channel. Today you’ll get to vote for the character’s new run animation.

But before we get to the voting, we’d like to make some additions to the previous Corsair Legacy devlog about the roleplaying system.

We decided to add a new characteristic to the character that will represent the moral compass of the player's actions, and we called it karma. Karma is very similar to reputation in Sea Dogs but has some differences:

Both negative and positive karma add one bonus. Negative karma adds a bonus to the first hit in combat and the positive increases character’s luck. 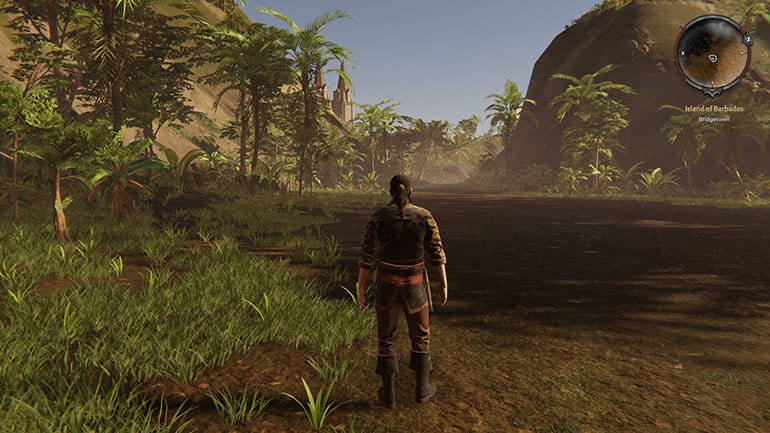 And now, to the topic of this video. All character animations that will be in the game we created from scratch just for Corsairs Legacy. First, we want to do the bare minimum for the game release. Then we plan to improve animations and expand on different character movements. If you want to see these character animations – let us know in the comments below the new video and we’ll make a separate video.

In every previous video about Corsairs Legacy, you’ve been seeing the third version of run animation. We added it to the game at the last moment before the teaser, replacing the less smooth second version. We knew that the current implementation is far from perfect and started working on the fourth version.

It’s important to understand that when the game’s speed is doubled, the animations become less smooth, as you could see in the teaser.

We have prepared two more run animations for this devlog, inspired by two other RPG games: GreedFall and The Elder Scrolls V: Skyrim. Run animations of the main characters in these two popular RPGs are quite different from the current run animation in Corsairs Legacy.

Let’s start with GreedFall. It’s more balanced than our current implementation. After analyzing their approach, we prepared the following version.

The Elder Scrolls V: Skyrim, as opposed to GreedFall and Corsairs Legacy, has more fluid animation.

As a result, we have 3 versions of run animation, which differ in the smoothness of the movement. You can compare each of the options with the current implementation in the game by watching the video:

The choice is yours. We’d like to know what the audience thinks.

Comparing all 4 versions shown in the video, which one would you like to see in the game?

We want to remind you that there’s a community tab on our channel. Besides the ability to leave comments on our videos, you can vote in the channel’s community tab and YouTube will show you the voting results. Only subscribers with turned-on notifications can see posts from the community tab on the main page of YouTube.

Write your thoughts and opinions in the comments below the new video on Corsairs Legacy YouTube channel. In the next video, we’ll announce the voting results.

A little bonus information: we already started making new character models and we plan to make a unique 3D model of the main character in the near future.