Hello everyone! It’s been another week and you’re reading a new Corsairs Legacy devlog.

Last week we finished modeling cold weapons, and now it’s time to talk about our plans for weapons in the first Corsairs Legacy game.

There will be 21 cold weapons and 6 mass-production pistols in the game. We also plan to add unique blades but it hasn’t been decided yet. 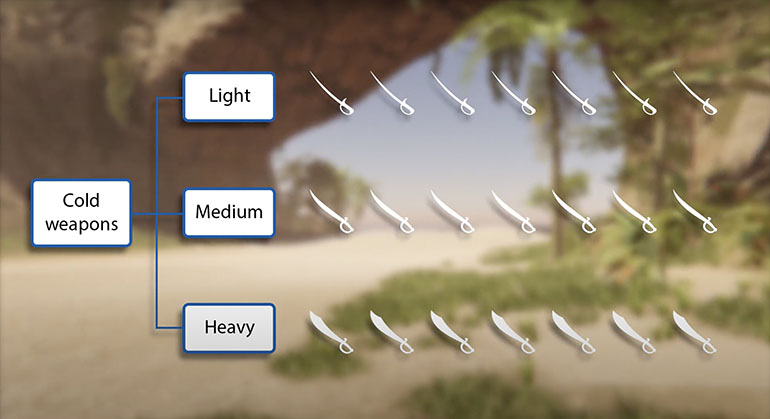 Each class of cold weapons will have 7 blades. We had to study many sources to collect a credible list of weapons of that time with their accurate characteristics. While analyzing Age of Pirates 2: City of Abandoned Ships, we found out that the weight of blades doesn’t correspond to the weight of real weapons.

In Corsairs Legacy, weapons preserve their historical characteristics, appearance, and weight. For each blade, we tried to find photos of real analogs and compared the results with them. 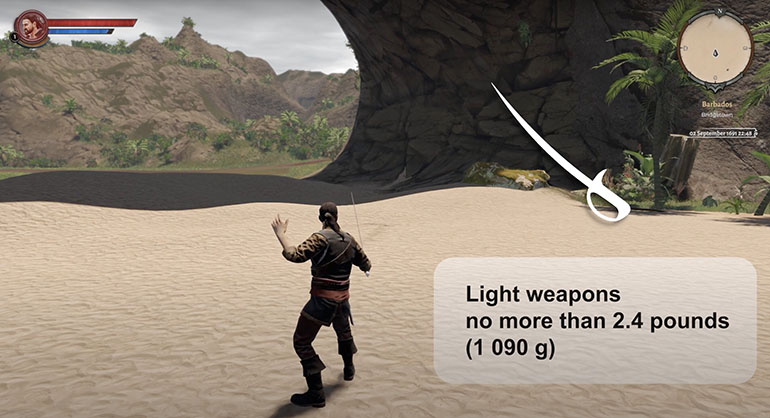 Light weapons include blades with a weight of no more than 2.4 pounds, that’s equal to 1 090 g.

Rapier with the swept hilt was most popular in the early 17th century.

Those rapiers began to appear at the end of the 17th century. They were widely used by Spanish and Portuguese seafarers.

Created by the famous rapier master, it looks great on the battlefield, as well as outside it.

It gained popularity in western European countries from the middle of the 17th century – almost every self-respecting man always carried this blade.

It was widely disseminated during the Thirty Years' War and was named after Catholic League’s commander in chief. 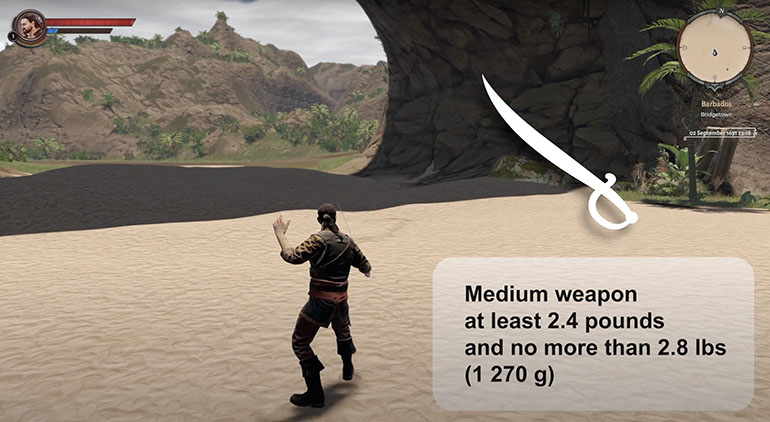 Medium weapons include blades with a weight between 2.4 and 2.8 pounds, an upper bound corresponds to 1 270 g.

Also called a broad saber. It’s a common cheap blade that is perfect for boarding flights.

Probably the most popular pirate weapon. Compared to the regular saber it’s shorter and wider, and also has a strong guard.

The three above-mentioned medium-type weapons are the most common blades among pirates.

It began to be used in the 16th century and started to gain popularity in the 17th century. Despite being known as a specific weapon of Turkish Janissaries, it was also used by other people.

It practically wasn’t widespread beyond Eastern Europe and was a kind of rare and “exotic” weapon for the Caribbean.

A variant of the cutlass with a more complex and exquisite guard.

Different sources had completely different information about so-called scallops. Some say that it’s a broadsword. Others say that the name is related to the cross-guard, and it also may be related to the cutlass. We went with the second version. 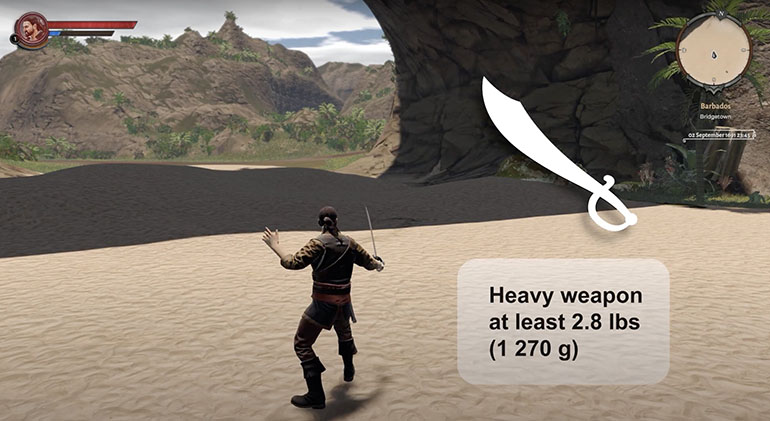 Heavy weapons include blades with weight no less than 2.8 pounds.

The last type of obsolete weapon, the longsword. However, its later versions are presented.

A short Landsknecht’s sword, usually used as a secondary weapon for combat in a small space.

One of the swords used by the Order of Malta, it’s been in the New World for some time.

A descendant of the longsword, it was used by Reiters as a secondary weapon.

It was widely disseminated in the early 17th century after wars in the Netherlands – the weapon became very popular among Dutch’s enemies.

A Scottish sword at the end of its lifecycle.

It was named for its wavy flame-like form. 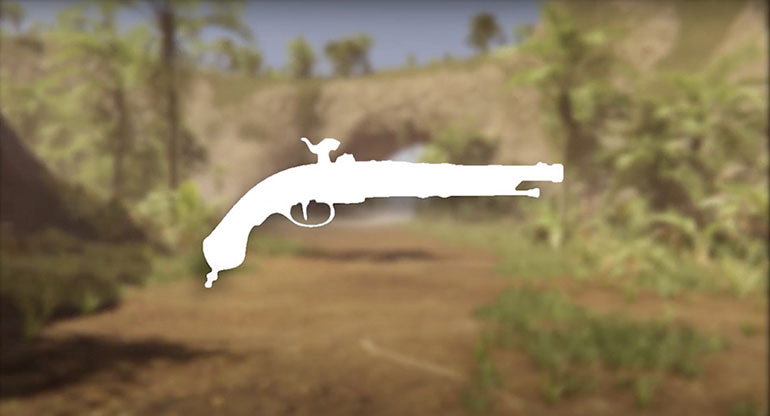 A short pistol made in Catalan style; at the moment of game events, it’s been popular for over half a century.

It started being manufactured in large numbers in the late 17th century, mainly for Dutch Navy and East India Company.

It appeared at the end of the 17th century and was very popular in Mediterranean countries.

It was widely disseminated in Europe in the 17th century, then it became very popular among British cavalry at the time of civil wars in the middle of the century.

It’s similar to the cavalry pistol but different in great quality and detailed engraving.

This pistol became popular among French troops in the early 17th century. It’s small but very heavy, with corresponding effectiveness.

And now that we’re done with weapon review, it’s time for bonus development news. Throughout two months we’ve been working on graphics and engine optimization to achieve stable and high FPS. Last week we managed to make good progress, and there is a chance that the game will be available for PCs with specs lower than specified on the game’s Steam page.